The topic of this page has a wiki of its own: Warner Bros. Entertainment Wiki. 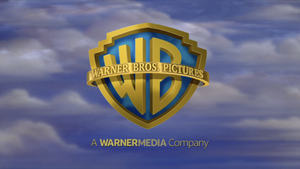 Over the years, a series of mergers and acquisitions have helped Warner Bros. (the present-day Time Warner subsidiary) to accumulate a diverse collection of movies, cartoons, and television programs.

In the aftermath of the 1948 antitrust suit, uncertain times led Warner Bros. in 1956 to sell most of its pre-1950[36][37] films and cartoons to a holding company called Associated Artists Productions (a.a.p.). a.a.p. also got the Fleischer Studios and Famous Studios Popeye cartoons originally from Paramount. Two years later, a.a.p. was sold to United Artists (UA), which held them until 1981, when Metro-Goldwyn-Mayer bought UA.

Five years later, Turner Broadcasting System, having failed to buy MGM, settled for ownership of the MGM/UA library. This included almost all the pre-May 1986 MGM film and television library with the exception of those owned by United Artists (i.e. James Bond franchise), although some UA material were included such as the a.a.p. library, the U.S. rights to a majority of the RKO Radio Pictures library, and the television series Gilligan's Island.

In 1991, Turner Broadcasting System bought animation studio Hanna-Barbera Productions, and much of the back catalog of both Hanna-Barbera and Ruby-Spears Enterprises from Great American Broadcasting, and years later, Turner bought Castle Rock Entertainment on December 25, 1993 and New Line Cinema on January 28, 1994. In 1996, Time Warner bought Turner Broadcasting System, and as a result, the pre-1950 sound films and the pre-August 1948 cartoon library (excluding the B&W Looney Tunes & Merrie Melodies which WB bought back as it merged with Seven Arts but including the Harman-Ising Merrie Melodies, save Lady, Play Your Mandolin! which was bought back by WB when merging with 7A) returned to WB ownership. WB tried to buy back the pre-1950 sound films and pre-August 1948 cartoons from MGM/UA in 1982, but the deal fell through.

In 2007, Warner Bros. added the Peanuts/Charlie Brown library to its collection (this includes all the television specials and series outside of the theatrical library, which continues to be owned by CBS and Paramount through Peanuts Worldwide, LLC, licensor and owner of the Peanuts material).

In 2008, Warner Bros. closed New Line Cinema as an independent mini-major studio, as a result, Warner added the New Line Cinema film and television library to its collection. On October 15, 2009, Warner Bros. acquired the home entertainment rights to the Sesame Street library, in conjunction with Sesame Workshop.

WB Games
Add a photo to this gallery
Retrieved from "https://cartoonnetwork.fandom.com/wiki/Warner_Bros._Entertainment?oldid=109746"
Community content is available under CC-BY-SA unless otherwise noted.