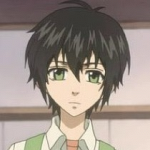 Hi, I'm JIMBOYKELLY, but you can call me Jimboy for short. I have been watching shows on Cartoon Network since 2008, when they were playing shows like Ben 10: Alien Force and Star Wars: The Clone Wars, both of which were great shows. My favorite shows airing on the network today are Steven Universe, We Bare Bears, and Clarence. I had a collection of Cartoon Network Screen Bugs that I found on Toonzone.net saved to my computer for over a year, and finally decided to start uploading them here in late 2016. Thanks to that, the List of Second Logo Variations page is now complete. I also got rid of all the red links when all the character, voice actor, and episode pages were deleted. After working hard for a while, I was promoted rollback status, and I'll do my best to contribute to the wiki every day in the hopes of becoming an admin. Any questions for me can be asked on my Message Wall.

Retrieved from "https://cartoonnetwork.fandom.com/wiki/User:JIMBOYKELLY?oldid=76434"
Community content is available under CC-BY-SA unless otherwise noted.