22 minutes (approx.)
Status
Ended
The Chuck Jones Show was an animation anthology series that aired from April 8, 2001[1] to 2003 on Cartoon Network. The series showcased animated theatrical shorts from the Warner Bros. library that were animated or directed by famed animator/director/producer Chuck Jones.

The series' opening title sequence was nominated for and won an Annie Award for Outstanding Achievement in an Animated Special Project in 2001.

In the middle of the series, the namesake Chuck Jones died. 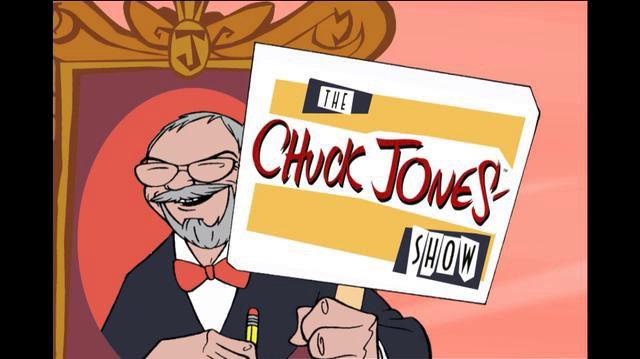 Retrieved from "https://cartoonnetwork.fandom.com/wiki/The_Chuck_Jones_Show?oldid=94857"
Community content is available under CC-BY-SA unless otherwise noted.