September 6, 1986
Super Friends is an American animated television series which ran from 1973 to 1986 on ABC as part of its Saturday morning cartoon lineup. It was produced by Hanna-Barbera and was based on the Justice League of America (JLA) and associated comic book characters published by DC Comics.

There were a total of 109 episodes of the series and two backdoor-pilot episodes of The New Scooby-Doo Movies, with Batman and Robin appearing in "The Dynamic Scooby Doo Affair" and "The Caped Crusader Caper." Superman and Wonder Woman also appeared in two episodes of The Brady Kids.

The greatest of the DC Comics superheroes work together to fight against evil. Conflicts are often ultimately resolved with the antagonists persuaded to adapt more reasonable methods to achieve their aims with the assistance of the heroes. Natural disasters triggered by human (or alien) activity were often shown, and environmental themes featured strongly in the program.

When animation company Hanna-Barbera acquired rights to the DC Comics characters and adapted the Justice League of America comic book for television it made several changes in the transition, including the change of name to Super Friends. Nevertheless, team members sometimes referred to themselves as the Justice League on the show. The violence common in superhero comics was toned down for a younger audience and to adhere to broadcast standards governing violence in 1970s children’s television.

Like most Hanna-Barbera shows, the rights to the Super Friends franchise are owned by DC's parent company (Warner Bros.); as a result, the series has been under Warner Bros. control. Thus, Cartoon Network was not able to air the series until after the merger of Time Warner and Turner Broadcasting System was completed.

Plot lines for the later series involved many of the familiar DC Comics super-villains but the first incarnation of the Super Friends did not. Instead, like the comic books, they focused on the far-fetched schemes of mad scientists and aliens, who were invariably revealed as being well-intentioned, and simply pursuing their goals through unlawful or disreputable means. Typically, at the end of each story, a peaceful and reasonable discussion would typically be performed by the heroes to convince the antagonists to adopt more reasonable methods.

The All-New Super Friends Hour departed somewhat from the previous series' formula by featuring villains using more elaborate methods to further their goals; as a rule they could not be reasoned with, requiring the heroes to use direct force to stop them. Beginning with Challenge of the Super Friends, several of the heroes' arch-villains from the comic books (such as Lex Luthor and The Riddler) began to feature prominently in comic-style stories. Throughout the series, plots often wrapped themselves up neatly in the final minutes of an episode in the fashion of the typical comic books and deus ex machina.

There were multiple appearances by many other JLA members on the show, including some created specifically for the series (such as Apache Chief and Black Vulcan) but originally the show centered around a core group of five members.

Batman - The Batmobile as seen in the early episodes of Super Friends was based on the Lincoln Futura design as seen on the live-action TV series starring Adam West. The main difference with the Super Friends version was that the lines of the car were modified substantially for use in animation. The most obvious change was to the nose of the car, where the hood received a "V" depression that echoed the lower fascia. This was also the first Batmobile (of any medium) to feature yellow bat emblems on the doors. This particular feature would be quickly adapted by the comics.

Robin - A member of the JLA in the series, but not in the comics.

Aquaman - In this series, Aquaman was shown to display super strength — hefting a bulldozer blade over his head, for example, and using it to help stop a tidal wave. He also had encyclopedic knowledge of oceanography and oceanology, in addition to his more familiar water-breathing power and aquatic telepathy. However, the series has been blamed for making Aquaman unpopular and even laughable by reinforcing a weak image of the character.

Wonder Woman - In the Super Friends animated series, the Lasso of Truth possessed the ability to follow the telepathic commands of Wonder Woman, physically moving on its own to accomplish tasks. The ability is never displayed in the comics, although it is hinted that without her tiara, Wonder Woman cannot fully utilize the lasso's ability. In Super Friends, Wonder Woman was typically displayed using the lasso as a tool for accomplishing feats of strength, leaving it unclear to what extent Wonder Woman herself possessed great strength or the lasso itself performed the feats. In addition, its truth-compelling power was used to free Wonder Woman when she was under the mind control of space pirates. Superman found himself snared by the lasso, but he manages to tie the controlled Wonder Woman as well. In that situation, Superman forces her to confess whether he is her enemy or friend and the truth of her friendship with him forced from Wonder Woman broke the pirates' power over her. The Invisible Plane is also a regular feature on the Super Friends cartoon show; Wonder Woman gives a ride to Aquaman and other flightless heroes on a regular basis.

Black Vulcan - Originally created as a stand-in for Black Lightning when Hanna-Barbera were not allowed to use that character, Black Vulcan had more powers to differentiate himself from his comic book "cousin." The most surprised member of the Super Friends along with Robin, half of Black Vulcan's dialogue consisted of "Great Lightning!" He usually teamed up with Aquaman or Batman and Robin. In the final season, he was replaced with Cyborg, another black superhero who was well-established in the DC continuity.

All nine seasons of the Super Friends have been released on DVD in the United States. 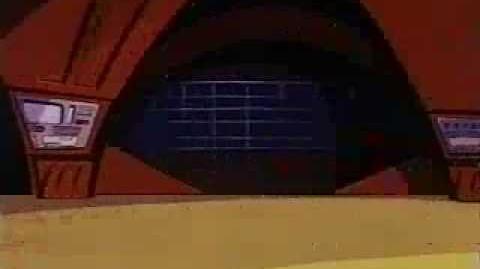 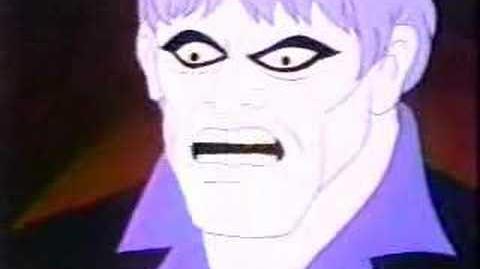 Solomon Grundy Want Pants, Too!
Whiners Can Be Losers 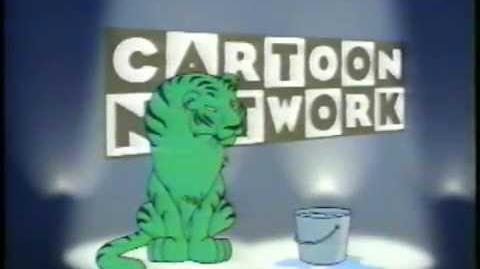