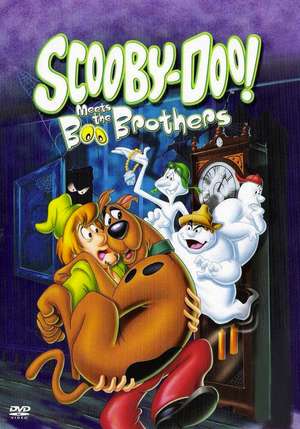 Shaggy discovers that his uncle Col. Beauregard has died and left him his country estate, which is apparently frequented by ghosts. Shaggy, Scooby and Scrappy head for the estate in order to claim Shaggy's inheritance. However, upon their arrival they are pursued by a headless horseman and by the alleged ghost of the Colonel who tells them to leave or else. Meanwhile, they meet the creepy manservant Farquard who tells them that a vast fortune in jewels is hidden somewhere on the estate and that it is rightfully his and that Shaggy has no business there.

Intrigued, the gang decide to hunt down the jewels much to Farquard's chagrin and the local Sheriff who is on the trail of an escaped circus ape is skeptical about the jewels' existence. They follow the trail through a number of clues that the Colonel has hidden for them, but their progress is interrupted by a number of ghostly apparitions that include living skeletons, headless corpses and the ghostly Colonel himself. In order to exorcise the ghosts they call upon the "Boo Brothers", three bumbling ghost hunters (modeled after the Three Stooges) who have a novelty - they're ghosts themselves!

Is Beauregard Manor really haunted or are the ghosts created by someone who is out to get the treasure for themselves? There are plenty of suspects including Farquard and the late Colonel's neighbor Billy Bob whose family has been rivaling with the Beauregard family for generations.

Warner Home Video released Scooby-Doo! Meets the Boo Brothers on DVD in Region 1 on May 6, 2003.

Retrieved from "https://cartoonnetwork.fandom.com/wiki/Scooby-Doo!_Meets_the_Boo_Brothers?oldid=104232"
Community content is available under CC-BY-SA unless otherwise noted.