This show has a wiki of its own: Regular Show Wiki.

11 minutes (regular-length episodes)
22 minutes (half-hour episode/special)
33 minutes (finale)
Status
Concluded
Regular Show is a 2010 American animated television series created by J.G. Quintel. It was greenlit on August 14, 2009 by Cartoon Network and debuted on September 6, 2010 (followed by the premiere of MAD). It is based on a short made for the scrapped Cartoonstitute and features characters from two of the creator's student films, "2 in the AM PM" and "The Naive Man from Lolliland". It is rated TV-PG (sometimes TV-PG-V). It is one of the first cartoons on Cartoon Network to heavily feature suggestive language.

In 2013, few of the Season 1 episodes were edited with the mild profanity "piss" replaced with more appropriate literature "tick".

As of Memorial Day 2018, reruns can now be found on Boomerang.

In December 2021, one time return this show, because Christmas specials.

2 best friends, a blue jay named Mordecai and a brown raccoon named Rigby, work as groundskeepers at a park and spend their days trying to entertain themselves by perfecting useless skills during work hours or any means necessary, much to the chagrin of Benson, a high-tempered gumball machine, and Skips, a yeti, but to the delight of Pops, a naïve English gentleman with a lollipop-shaped head. Muscle Man, an overweight and green man, and Hi Five Ghost, a ghost with a hand extending from the top of his head, are both neutral about Rigby and Mordecai's shenanigans. The episodes usually revolve around the two's personal life such as obtaining concert tickets, getting cake, or making up for a mess they have caused, often leading to highly surreal and unusual events. Rigby pressures Mordecai into doing bad stuff and slacking by working his way around the hard, cold truth.

Mordecai and Rigby appeared as audiences in a segment of the Uncle Grandpa episode, Pizza Eve.

Mordecai, Rigby and Hi Five Ghost made a small cameo in The Amazing World of Gumball episode, The Boredom along with titular characters from Uncle Grandpa and Clarence.

Hi Five Ghost appeared in the OK K.O.! Let's Be Heroes episode, Crossover Nexus as stone and being restored. Mordecai also appeared as one of Ben 10's transformations. 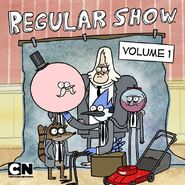 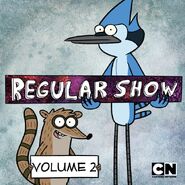 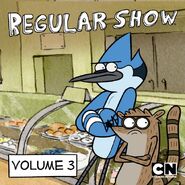 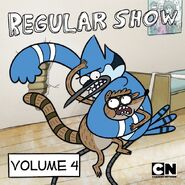 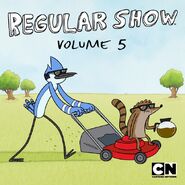 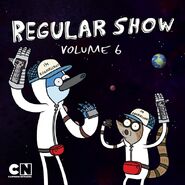 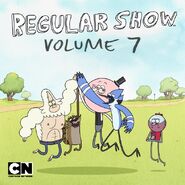 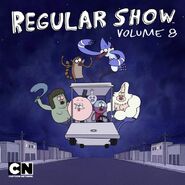 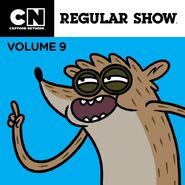 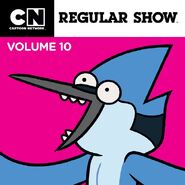 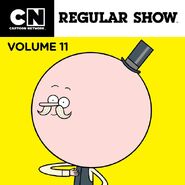 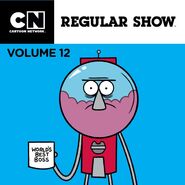 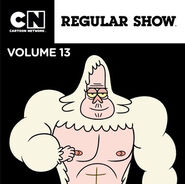 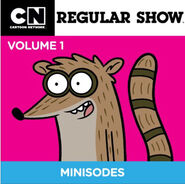 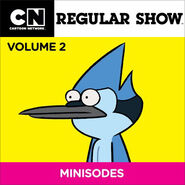 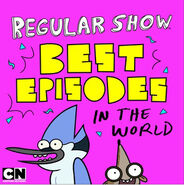 The Complete First and Second Seasons Blu-Ray and DVD