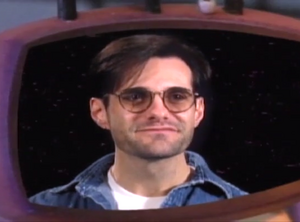 Patrick A. Ventura (often shortened to Patrick Ventura or Pat Ventura) is an animation director, writer, animator, storyboard artist and character designer who has worked for Hanna-Barbera Productions, Cartoon Network, Disney, Warner Bros., Universal and Nickelodeon. Ventura is known for having written and directed several cartoon shorts for the What a Cartoon! series on Cartoon Network and the Oh Yeah! Cartoons and Random! Cartoons series on Nickelodeon.

Ventura graduated from CalArts in the late '70s and proceeded to work all over the animation industry as an artist, storyboarder and writer. He worked as a "gag man" at Disney features during their 1980s revival, writing many of the Roger Rabbit shorts. He left for Hanna-Barbera Productions to work on Tom & Jerry Kids where he got to work alongside and learn from Joseph Barbera. While at Hanna-Barbera, Ventura was instrumental in the development of Cartoon Network's What a Cartoon! showcase series (then known as World Premiere Toons). The series also gave Ventura his first chance to create his own shorts.

Retrieved from "https://cartoonnetwork.fandom.com/wiki/Patrick_A._Ventura?oldid=99867"
Community content is available under CC-BY-SA unless otherwise noted.