11 minutes
Status
Concluded
OK K.O.! Let's Be Heroes (originally titled Lakewood Plaza Turbo) is an American animated television series created by Adventure Time, Steven Universe, and Secret Mountain Fort Awesome's Ian Jones-Quartey. Ahead of its television premiere, the first six episodes of the series were released on June 13, 2017 on the CN app. It later made its television debut on August 1, 2017 in the United States.

The series follows the titular character, K.O., and his efforts to become the world's greatest hero, while working at Gar's Bodega (run by the no-nonsense Mr. Gar), a hero supply shop in the Lakewood Plaza strip mall. Alongside him are his best friends and co-workers Radicles, an apathetic, selfish alien, and Enid, a levelheaded big sister-like employee, as well as other heroes who work and frequent the area.

The first six episodes of the final season premiered on the CN app on July 5, 2019 ("We Are Heroes" through "The KO Trap") and made its television debut on July 7, 2019. The series concluded on September 6, 2019 with the television debut of "Dendy's Video Channel" and the television premieres of "Let's Fight to the End" and "Thank You For Watching the Show", the latter of which serves as the series finale.

It is the shortest aired season of the series, just being one day shy of two months.

before the series ended, various episodes were planned but were left unproduced.

On September 29, 2017, a crossover between OK K.O.! Let's Be Heroes and Ian JQ's original webcomic RPG World titled "A Hero's Fate" aired. When a long-lost hero stumbles into Gar's, KO agrees to help him complete his years long quest.

Captain Planet and the Planeteers

On October 9, 2017, a crossover between OK K.O.! Let's Be Heroes and Captain Planet and the Planeteers titled "The Power is Yours!" aired. When Lord Boxman is trashing the Plaza with pollutants, K.O, Rad, and Enid recruit Captain Planet to help.

On August 23, 2018, the series finale of Mighty Magiswords, titled "Let's Team Up Because We Aren't Bad Friends" was released on the CN app. It featured a minor appearance of OK K.O.! Let's Be Heroes character, Radicles. Prohyas would later make an appearance in "Crossover Nexus".

On October 1, 2018, a Halloween special of OK K.O.! Let's Be Heroes was released on the CN app, it features characters from Ghoul School as Enid's friends. The special is titled "Monster Party".

On October 8, 2018, a special crossover episode featuring K.O. from OK K.O.! Let's Be Heroes, Garnet from Steven Universe, Raven from Teen Titans Go! and Ben from the 2016 Ben 10 reboot aired. The plot involved KO finding himself trapped inside an mysterious place, where he encounters other Cartoon Network heroes and they band together to escape.

The special also included references to CN City, Noods, Yes! and many more old advertising/blocks that formerly aired on the network.

Thank You For Watching the Show

On September 6, 2019, Strike and Garnet, from "Crossover Nexus" make cameos in the series finale, it also features Captain Planet from "The Power is Yours!".

Characters from Party Wagon, Class of 3000 and The Secret Saturdays also make appearances in the finale, likely making up for their absence in "Crossover Nexus".

K.O. appeared as a video game character in the Craig of the Creek episode, Power Punchers. 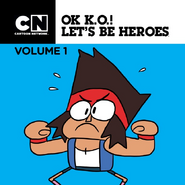 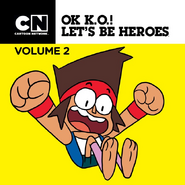 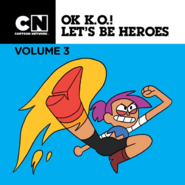 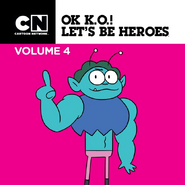 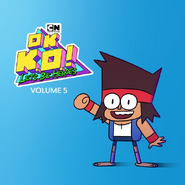 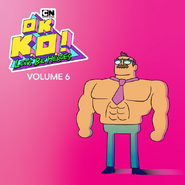 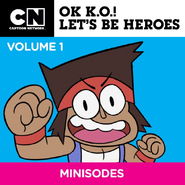 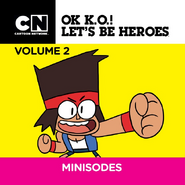