Night of the Vampire Robots was a 6-hour Cartoon Network late-night movie marathon, in which three anime movies; Robot Carnival, Vampire Hunter D, and Twilight of the Cockroaches aired back-to-back from Midnight to 6:00 AM on January 28, 1995 (Saturday night/Sunday morning).

The three movies were not U.S. premieres as they had already aired on the Sci-Fi Channel a few years before (relatively uncut) during the infancy of their anime block, and had also begun airing on Turner's TBS & TNT (heavily edited) on late nights exclusively sometime in 1994. Nonetheless it was a milestone event for Cartoon Network as the only other anime on the network at the time was G-Force: Guardians of Space. The event was also a sign of things to come for late-nights on Cartoon Network (Toonami's Midnight Run and Adult Swim Action). 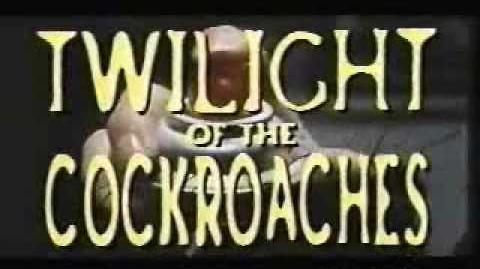 Cartoon Network - Night of the Vampire Robots
Retrieved from "https://cartoonnetwork.fandom.com/wiki/Night_of_the_Vampire_Robots?oldid=102549"
Community content is available under CC-BY-SA unless otherwise noted.