MaTOONays was a monthly theatrical program presented by Cartoon Network throughout 1997.

Sponsored by Kraft Kids, the MaTOONays program was hosted on Saturday mornings, once a month, at fifty General Cinema theaters across the United States. The program began with over 20 minutes of Cartoon Network programming, including a What a Cartoon! short, followed by a family feature like Babe, All Dogs Go to Heaven 2 and Richie Rich. Children were admitted for $1.50, while adults got in for free; a $7 annual pass was also available.[1][2] 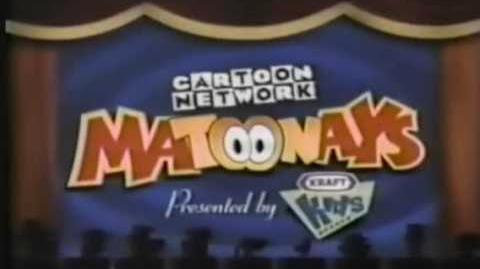 Retrieved from "https://cartoonnetwork.fandom.com/wiki/MaTOONays?oldid=89116"
Community content is available under CC-BY-SA unless otherwise noted.