UPN (1999)
Cartoon Network (Adult Swim) (2001-2004)
Home Movies is an American animated television series that was originally broadcast from April 26, 1999, to April 4, 2004. Brendon Small served as co-creator, head writer and lead composer of the series. Loren Bouchard is the show's executive producer, director, writer, as well as co-creator. Brendon Small would later go on to help create the Adult Swim animated series Metalocalypse and co-creator Loren Bouchard would go on to create the animated series Bob's Burgers for the Fox network.

Home Movies was produced by Soup2Nuts, and originally aired on UPN, but the network cancelled the series after only 5 episodes. Home Movies developed something of a cult following during its initial 5 episode run on UPN giving Cartoon Network reason to pick up the series for its new adult-oriented block, Adult Swim. Adult Swim aired the series as the first program on their nighttime adult-oriented Adult Swim block on the day of the block's launch, September 2, 2001. As part of Adult Swim, it finished the first season of 13 episodes and was picked up for three additional 13 episode seasons.

The series follows eight-year-old Brendon, who makes videos with his friends Melissa Robbins and Jason Penopolis in his spare time. He lives with his divorced mother, Paula, and his adopted baby sister, Josie. He also develops a skewed father/son-like relationship with his alcoholic, short-tempered soccer coach, John McGuirk.

Brendon is the main protagonist of the series and writer/director/lead actor in most of his movies. Brendon acts out his anxieties and problems through his movies. He has had his trusty camcorder since just after toddlerhood, and has been making films incessantly ever since, perhaps because he started around the time his parents got divorced. Though well-meaning, logical, and surprisingly witty, he is consistently dogged by apathy, oversight, and occasional egotism; he is usually surprised, confused or hurt when his work is criticized. Despite his questionable wisdom and intelligence in other parts of life, he is surprisingly knowledgeable about films and filmmaking; his first film was an homage to Easy Rider called Eazy Trikers. Brendon is apathetic toward his schoolwork and consistently gets bad grades, most likely because he is preoccupied with making movies. It has also been said by a few characters that he is quite feminine, as stated in the episodes "The Wedding" and "Shore Leave". He has also shown an amazing talent for set design and sewing.

Jason is Brendon's best friend and co-star who is noticeably more emotionally stunted, but can be much more aware of his surroundings and situations than others. Subtle irony throughout the series suggests that, while his parents are never introduced, they are wealthy, but never around or aware of Jason's pastimes, including the fact that he is always hanging out with Brendon and Melissa making films, though he himself is at least partially unaware that they tape them and while being friends with Brendon and Melissa, he never once told his parents about them. He has suffered dangerous and extreme attacks of sugar addiction on several occasions that Melissa usually helps him overcome. Jason also has numerous infections and diseases such as pinkeye, urinary tract infection, and eczema. His feelings for Melissa are often very mixed—at one time, he told Brendon his view that she's a good person, but a terrible actress; at another time, he was more than eager to participate when Brendon suggested he and Melissa kiss. In "Fours Company" he tells Brendon he wants to marry her. In "Definite Possible Murder" it is revealed that he is Greek. He also shows an amazing talent for sewing.

Melissa is Brendon's friend and co-star, who is often more sensible than Brendon or Jason. However, when it comes to very personal issues (such as her mother's whereabouts, family history and boyfriends), she becomes very frantic and overly sensitive. Melissa is also the daughter of a single father, Erik. At the beginning of season three she is shown to be a bit of a tomboy, but throughout season four she appears much more feminine. Melissa suffers from allergic bronchoconstriction if she eats kiwi, and carries an EpiPen. She was also, at one point, aquaphobic, but she overcame the fear when she rescued Coach McGuirk from drowning. She is a straight A student and often feels left out when she is not told about what the boys are planning. She also seems to have a crush on Brendon.

Paula is Brendon's single mother, a (temporarily unemployed) creative writing teacher (apparently having taught in her younger days, as mentioned in "Method of Acting") and author. She is usually supportive of Brendon's filmmaking, but sometimes sees it as a nuisance or unhealthy. She talks very frankly with Brendon about life issues, and they both make age-inappropriate jokes, thereby creating much more of a friendship between them than is usual between a mother and son. She is highly critical of Andrew's (Brendon's father's) relationship with Linda, frequently mocking the age disparity. Paula occasionally interferes with Brendon's movies, out of boredom or thanks to manipulation by Jason or Melissa. She frequently attempts to improve Brendon's apathy towards his schoolwork, to no avail. Paula performs terribly in pressure situations, such as job interviews and parent-teacher conferences.

Coach McGuirk is Brendon and Melissa's incompetent, acerbic soccer coach; an overweight, alcoholic Scottish-American who constantly gives Brendon bad advice. McGuirk considers Brendon, Melissa and Jason his friends and will usually help them out or stick up for them even though he is often rude to them (especially Melissa). He often attempts to portray a father figure for Brendon, as in the show's finale. Also, he frequently attempts to reach out to Lynch and Erik; however his misguided attempts often fail primarily due to his poor attitude. His actions often suggest that he is lonely and, on numerous occasions, attempts to organize group meet-ups with the other adult characters (episodes: "Four's Company", "Pizza Club") and acts desperate when they decline his invitations. He can also be a bully, especially to Lynch and Melissa. He often tries to impress or court Paula, Brendon's mother. McGuirk also admits that he hates soccer and has never actually played the sport, despite being the elementary school's coach. In episode 22 "Class Trip", due to electrocution, you can see he has a metal plate on the right side of his head. In "Therapy", he states he was in therapy once, and when Brendon asks why he responds, "there are certain things you have to do to re-enter society". This implies he has served jail time, confirmed in "Time to Pay the Price." In "Class Trip" McGuirk wrote on his résumé that he was a Gulf War vet.

In its first season, Home Movies utilized Soup2Nuts' Squigglevision animation but later abandoned that for the cheaper, more malleable Macromedia Flash animation. The switch was initiated for several reasons: scattered negative response to Squigglevision (from both critics and viewers), limitations in regard to movement (fluid motion is rare in Squigglevision), and the producers' view that Squigglevision was inherent to Dr. Katz, Professional Therapist and that Home Movies should develop its own unique style. Another quality that Home Movies carried over from Dr. Katz was its initial use of "retroscripting", a process in which an episode's scripts are purposely left vague, and instead of exact dialogue, the plot of a particular scene is merely outlined — the rest of the dialogue is then created through improv by the actors. The use of retroscripting in Home Movies gives the show very casual, realistic dialogue with an often dry, sarcastic wit. Although retroscripting was only used officially in the first season (the entire first episode was improvised from start to finish), the dialogue in the following three seasons remained heavily improvised, with the written script serving mainly as a guide or something to fall back on for jokes if needed.

Another prominent feature of the show was its use of original music written and performed by the series creator Brendon Small, a graduate of the Berklee College of Music.

A recurring visual theme within the show is lawn gnomes, which tends to make random but subtle appearances in the background of many scenes (even a gnome-shaped guitar appears in a music shop in the episode "Guitarmageddon"). At least one lawn gnome can be found in almost every episode of the series, as well as on the DVD box art, and as a cookie (which is an Easter egg in the DVD menus on certain discs). 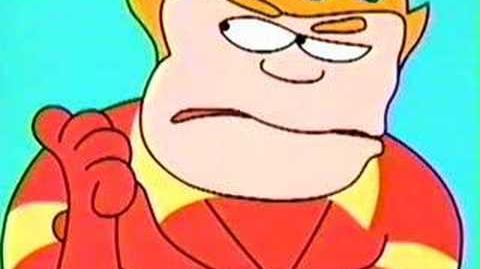 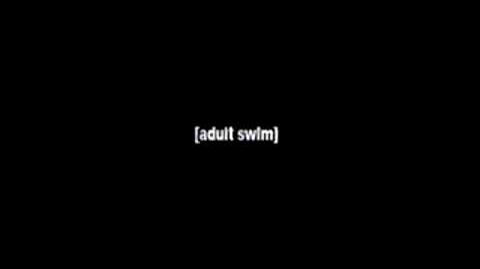 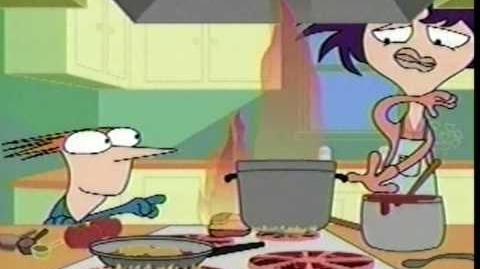