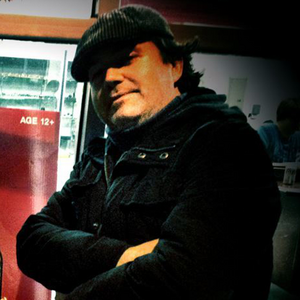 George Krstic is an American director, screenwriter and producer known for his work in the science fiction, comic book and animation genres. He is known for being the Co-Creator of the Cartoon Network original series, Megas XLR, and for writing on Star Wars: The Clone Wars, Motorcity and the Emmy nominated series MTV Downtown.

Megas XLR began as a short titled Lowbrow, which was originally aired during Cartoon Cartoon Weekend Summerfest in the summer of 2002, and was chosen to become a full series for Cartoon Network. However, due to delays, the series did not make its premiere until May 1, 2004, when it premiered on Cartoon Network's action-animation programming block, Toonami.

Born in a small Midwestern town, Krstic traveled the world following the visions jammed into his head by the likes of Ray Bradbury, George Lucas, and Stan Lee. Eventually making his way to New York City, Krstic attended the prestigious School of Visual Arts.

During his time at SVA, Krstic wrote and directed The Last Actor, a sci-fi film about a Shakespearean troupe’s final performance. Winning the coveted CINE Golden Eagle, The Last Actor went on to win over a dozen more awards worldwide.

Honing his craft, Krstic spent the next few years on the sets of indie movies and television series while pulling double-duty as a writer and editor of the influential cyber-culture magazine Axcess.

His first experience with television animation, MTV Downtown, where he served as story-editor and writer, yielded an Emmy nomination and allowed Krstic to pursue his own series - Megas XLR, a show that had everything he loved from his youth: robots, time-travel, aliens and over-the-top comedy.

Cartoon Network loved the idea and Krstic was given his own little sci-fi sandbox to play in - that is until he moved on to play in George Lucas’ much larger sandbox, where he wrote on Star Wars: The Clone Wars. He then got back together with the team that worked on Megas XLR to work on a new series for Disney - Motorcity. He currently balances his time between film, television, video game and comic book projects.[1]

Retrieved from "https://cartoonnetwork.fandom.com/wiki/George_Krstic?oldid=79590"
Community content is available under CC-BY-SA unless otherwise noted.