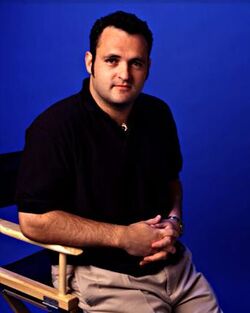 He is best known for his work in creating Dexter's Laboratory, and also his help in producing The Powerpuff Girls.

Tartakovsky is close friends with Craig McCracken, and has worked on several projects with him including The Powerpuff Girls and Foster's Home For Imaginary Friends.

Retrieved from "https://cartoonnetwork.fandom.com/wiki/Genndy_Tartakovsky?oldid=97567"
Community content is available under CC-BY-SA unless otherwise noted.