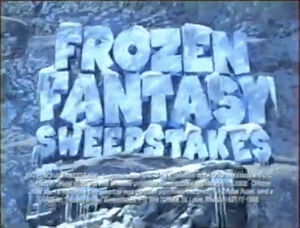 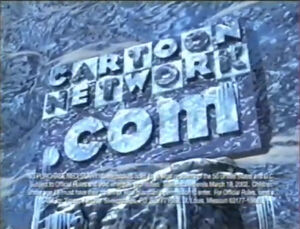 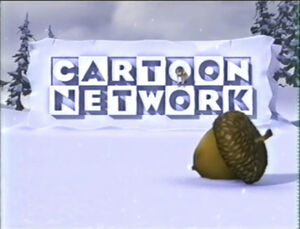 The Frozen Fantasy Sweepstakes was a contest on CartoonNetwork.com from March 11-18, 2002 that was made to promote the first Ice Age film.

The grand prize winner would get an Alaskan cruise for four, where they'll see glaciers, and one hundred runners-up would get the Ice Age game for Game Boy Advance.

The commercial for the sweepstakes was done by Simon Coffin, who did other Cartoon Network commercials up until 2008. The commercial featured Fred Flintstone and Barney Rubble (from The Flintstones). Fred found summer to be an overrated season and can't wait for winter. Barney tells him to be careful what he wished for, as soon snow falls all over Bedrock. 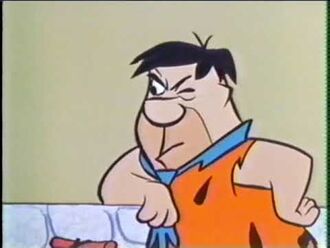