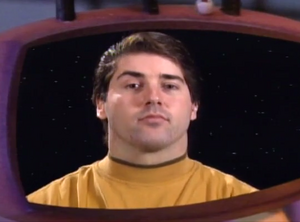 After graduating from Vanguard University of Southern California in 1987, Geno joined Hanna-Barbera in the early '90s where he worked on several properties. From 1995 to 1997, Geno also created several shorts for Cartoon Network's animation showcase series, What a Cartoon!.

Retrieved from "https://cartoonnetwork.fandom.com/wiki/Eugene_Mattos?oldid=66402"
Community content is available under CC-BY-SA unless otherwise noted.