Down Wit’ Droopy-D is a former weekday (Monday-Friday) Cartoon Network block that featured classic MGM, WB, and Hanna-Barbera cartoons such as Tom and Jerry, Merrie Melodies, Looney Tunes, and Popeye the Sailor, among others. The block first aired in 1992 and last aired in 1997. 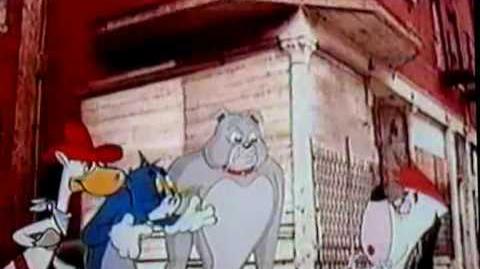