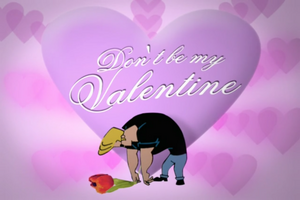 The Don't be my Valentine marathon was a special 9-hour Cartoon Network marathon that aired on Saturday, February 14, 2004 (Valentine's Day) from 8:00am to 5:00pm. The marathon featured episodes of Cartoon Cartoons such as Dexter's Laboratory, The Powerpuff Girls and Ed, Edd n Eddy. that dealt with unrequited love. As well as the brand new Johnny Bravo special "It's Valentine's Day, Johnny Bravo," which premiered the night before.[1]

The marathon was hosted by Johnny Bravo. 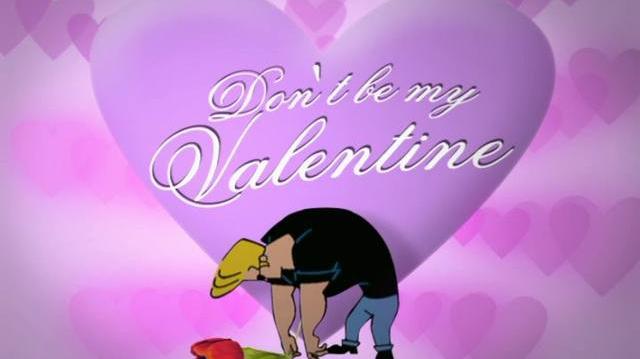 Don't be my Valentine Bumpers
Bumpers 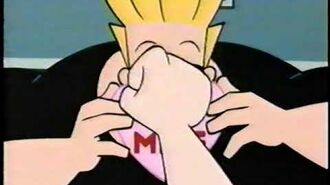 Retrieved from "https://cartoonnetwork.fandom.com/wiki/Don%27t_be_my_Valentine?oldid=106731"
Community content is available under CC-BY-SA unless otherwise noted.