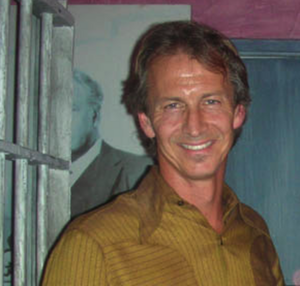 David Michael "Dave" Feiss (born April 16, 1959) is an American animator born in Sacramento, California. He joined Hanna-Barbera around 1978 while still a teenager and worked on many series including the 1980s revival of The Jetsons. He was also a key animator on The Jetsons movie. In the 1990s he co-animated the Ren and Stimpy pilot "Big House Blues" for Nickelodeon, and was an animation director on The Ren & Stimpy Show during its first season. He also served as a supervising producer and storyboard artist for Alvin and the Chimpunks in the late 1980s during the DIC Entertainment era with Don Spencer.

Feiss created the Cartoon Network original series, Cow and Chicken and its spin-off, I Am Weasel and in both series, Feiss directed every episode and also worked as a writer on some episodes.

David Feiss has also done some work in comics. In early issues of his cousin Sam Kieth's comic book The Maxx, David showcased his work with The Crappon (which looks like the Warner Brothers frog mascot), Fred Flower and Uncle Italian Moose, which had a very similar style to Cow and Chicken (it is reprinted in The Maxx Volume 5).

Retrieved from "https://cartoonnetwork.fandom.com/wiki/David_Feiss?oldid=86223"
Community content is available under CC-BY-SA unless otherwise noted.