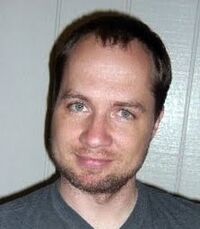 He was also previously a writer for My Little Pony: Friendship is Magic. In June 2014, his short for Nickelodeon's The Loud House was greenlit for a full series, and debuted on May 2, 2016.

In October 17th, 2017, The Loud House creator was suspended for sexual harassment, sexual allegations, and sexual misconduct towards female Nickelodeon employees, and later on, he was later fired on Thursday, October 19th, 2017 two days later, and two Loud House crew members Kyle Marshall and Amanda Rynda took over him by the third season after his firing on 2017.

He apologized for the sexual misconducting incidents four days later on Facebook, and oddly, after his firing from his own creation (like other crew members fired from any network studio, Skyler Page, the creator of Clarence was fired in July 3rd, 2014 for the same reason, even with his bipolar disorder, and John Kricfalusi was fired from Nickelodeon on September 1992 (26 years ago), for the episode of Ren and Stimpy's "Man's Best Friend" featuring a scene of Ren beating up George Liquor with an oar (which was the reason why the episode was banned from TV and only found on US DVDs), and for creative differences and missing deadlines), he was known to be the second Nickelodeon employee to be fired from Nickelodeon, with the first being John K, the creator of Ren and Stimpy.

Retrieved from "https://cartoonnetwork.fandom.com/wiki/Chris_Savino?oldid=81797"
Community content is available under CC-BY-SA unless otherwise noted.