Cartoon Network's Cartoon Theatre (also known simply as Cartoon Theatre) was a movie block that aired on Cartoon Network from 1998 to 2007. Originally, the block aired Saturday nights at 8:00 PM, with encore presentations on Sunday at 10:00 AM. The block aired animated films that were distributed by Hanna-Barbera Studios, Disney, Paramount, Universal, Sony, 20th Century Fox, Warner Bros., DreamWorks, and Metro-Goldwyn-Mayer. The first film to air was The Land Before Time.

The block was hosted by the voice of the late Don LaFontaine but later in June 2004, when Cartoon Network entered the City era, LaFontaine was replaced by Nicole Vicius, as the female announcer, alongside Ed from Ed, Edd n Eddy as an movie theatre usher in the bumpers.

Beginning in late 2005, Cartoon Theatre began airing live-action movies such as Dumb and Dumber and Cats & Dogs on a semi-regular basis.

Intro - The Paramount Mountain’s stars are flying in place while a duck is flying and honks, The MGM lion was about to do his roar but was clearing his throat and spraying his mouth, the clouds then shift to The Columbia Torch Lady who was struggling with her torch until she finally got it working and posed till a gust of wind blew her robe up and she puts them down in embarrassment then shifts to the room where the announcer welcomes the viewers to Cartoon Network’s Cartoon Theatre while an admit one ticket with the Cartoon Network Logo falls on the shelf.

We’ll Be Right Back - The Columbia Torch Lady was struggling to get her torch to work till she finally got it working and posed till a gust of wind blew her robe up and she puts them down in embarrassment and shifts to the date counter and the admit one ticket with the Cartoon Network Logo falls in front of it.

Outro - The camera moves towards a picture of the paramount mountain on some books then to a book with the MGM Lion on the cover then to a sculpture of a colorful duck on a duck box a sculpture of a red haired girl in a red dress with a picture of a clouded sky behind her till we get to the date counter with books behind it and as we zoom out from it, it gets dusted by feather duster and a shadow of a bird flies away appears then cut to a black background with the admit one ticket with the Cartoon Network followed by a tuba tune. 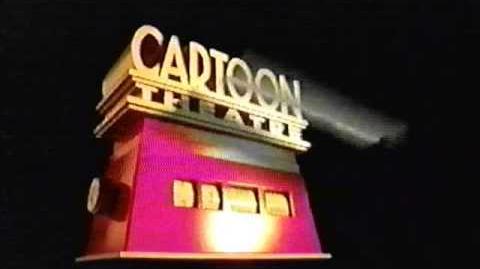 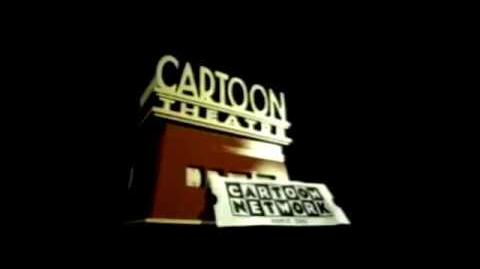 We're Back! A Dinosaur's Story