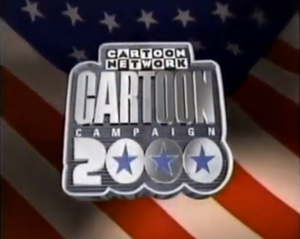 On Sunday March 19, 2000 the winner of the election was announced to be Scooby-Doo who received 17.4% of the more than three quarters of a million votes received, followed by The Powerpuff Girls with 11.1% and Bugs Bunny with 8.6%.[1] A mini-marathon of Scooby-Doo cartoons celebrated the election winner on Sunday, March 19, 2000.[1]

Leading up to announcement of the results, there was a sweepstakes held on cartoonnetwork.com. Entry for the sweepstakes was open from March 5-9, 2000, and winners received a home theater system, including a large screen TV, DVD player, VCR, stereo and digital surround sound.[2]

Despite Scooby-Doo emerging as the victor, when the gimmick was done again in 2004, its commercials stated Ed from Ed, Edd n Eddy as the current "president". 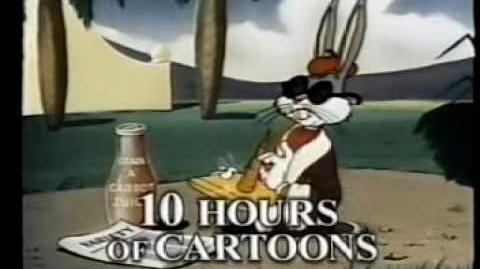 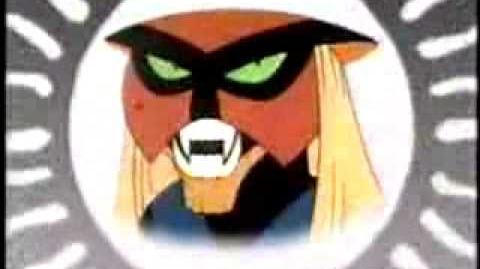 Retrieved from "https://cartoonnetwork.fandom.com/wiki/Cartoon_Campaign_2000?oldid=96495"
Community content is available under CC-BY-SA unless otherwise noted.