The CN City era (often shortened to City) was the fourth era of Cartoon Network. It began on June 14, 2004, replacing Powerhouse, and was the main branding image of the network from that point until April 2, 2006, when the Yes! era began; the City bumpers (with later additions) were still shown until May 31, 2007. The first program to air under the CN City era was The Powerpuff Girls.

The era was named for its bumpers, which were set in a CGI city and featured CN characters interacting with one another. These bumpers were produced by Animal Logic. The City era is notable for the new logo it brought with it, as well as the female announcer (an actress from California named Nicole Vicius) and the slogan "This is Cartoon Network." The City era saw the emergence of more Cartoon Network Original Series, which began to replace both the classic cartoons and most of the Cartoon Cartoons. Live-action programming also began airing on CN during this era.

In this era, CN debuted an updated version of its original logo (with the checkerboard motif retained and the "C" and "N" blocks being the centerpiece, with "CARTOON NETWORK" spelled out below them) and a new slogan, "This is Cartoon Network!" The bumpers introduced as part of the re-brand featured 2D cartoon characters from its shows interacting in a CGI city composed of sets from their shows.

Bumpers were a big part of the CN City era's appeal. This was mostly due to the music, scenery, and the individual stories of each bumper (which ranged from a sixty-second bumper of the CN logo on a billboard to Juniper Lee trying to beat the Powerpuff Girls to the subway). There were many different sets and themes for the bumpers including the subway, movie theater, city hall, daytime, nighttime, Easter, Halloween, Christmas, and Summer.

The Now/Then bumpers in this era were vastly different to those featured in the Powerhouse era. The plain blue and purple backgrounds of that era were replaced with CGI sets of locations in the City. White discs showed characters from the show that was on now, next (rarely), then, and (rarely) later. The music in these bumpers was jazz and techno-oriented, cycling between daytime and nighttime. The announcer for these bumps was Nicole Vicius, an then-27-year-old actress from California. In late 2005, Vicius was replaced as announcer in the evening Now/Then bumpers by CN characters, such as Billy, Bloo, Raj, Monroe, Ami and Numbuh 1.

One of the more notable periods of CN City was Cartoon Network Summer in 2005. In the CN universe, it was a party that lasted from day to night, featuring a signature theme song and programming that introduced several "modern classics" such as Camp Lazlo and The Life and Times of Juniper Lee.

During this era, nearly all of Cartoon Network's classic cartoon programming was relocated to its sister network, Boomerang, to make way for new shows. Only a few classics remained, such as Tom and Jerry and Looney Tunes.

The CN City era was not first era of Cartoon Network to air live-action programming (Big Bag and Small World, as well as the movie Osmosis Jones, had aired previously), but it was the first to gradually promote live-action on a larger scale, which was controversial among some long-time fans. In November 2005, the network aired live-action films, which was met with some online and media fanfare. Some of these films, such as Who Framed Roger Rabbit, Osmosis Jones, and The Pagemaster, combined 2D animation and live actors, while others, such as The Goonies, Honey, I Shrunk the Kids, Batman, and Men in Black, were fully live-action.

In 2006, more live-action made its way to the network. Zixx, a Canadian live-action series with CGI-elements, briefly aired on Saturday mornings beginning on January 21, and in April 2006, teen sitcom Saved by the Bell aired on Adult Swim for two weeks. The Yes! and Fall eras continued to push live-action on the network, culminating in the CN Real programming block of the Noods era.

Shows that appeared in the bumpers 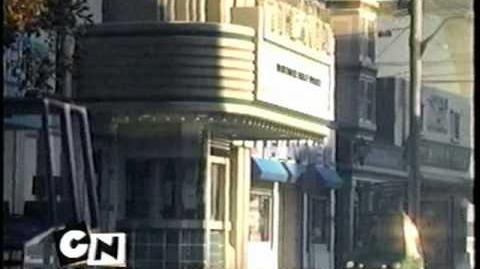 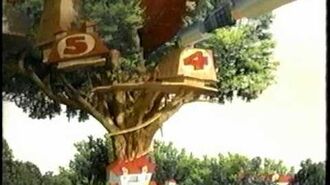 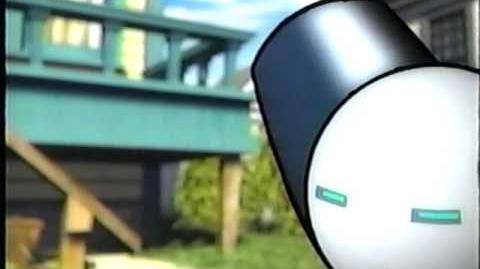 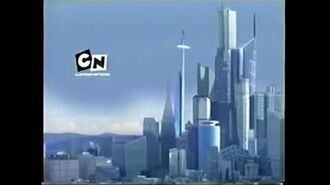 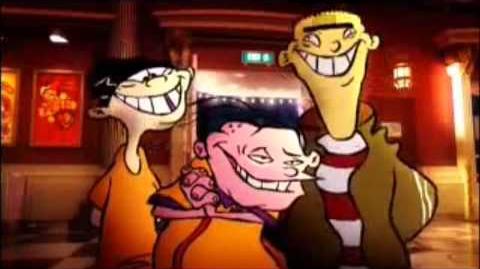 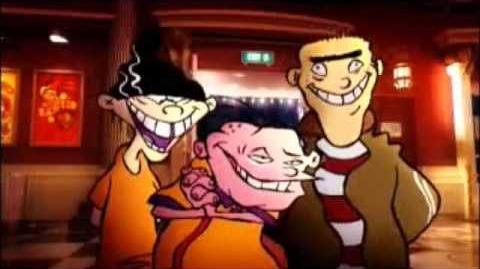 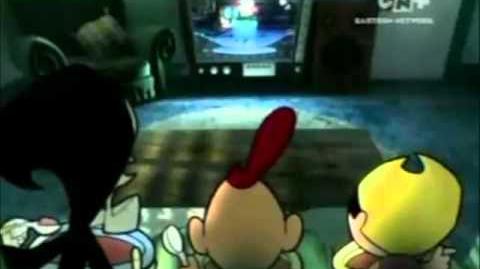 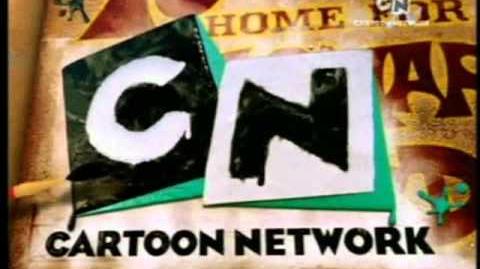 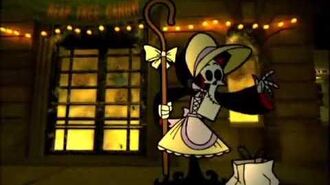 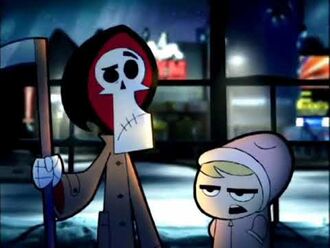