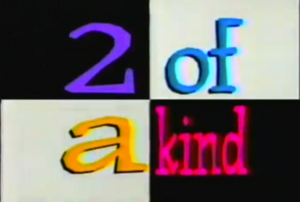 2-of-a-kind is a former hour long Cartoon Network programming block that aired in the early to mid '90s. 2-of-a-kind showcased series that had similar characteristics such as shows starring dogs or shows starring animal rockstars by airing 2 episodes of said series back to back. Shows featured on the block included: Tom and Jerry, Looney Tunes, The Hillbilly Bears and many others. 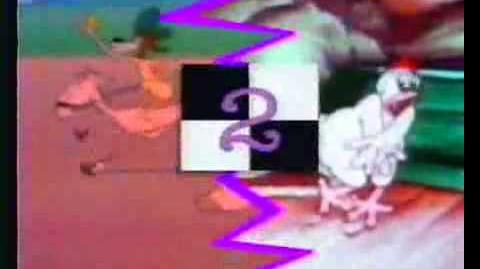 2 of a kind Promo
2-of-a-kind Promo
Retrieved from "https://cartoonnetwork.fandom.com/wiki/2-of-a-kind?oldid=51354"
Community content is available under CC-BY-SA unless otherwise noted.